Below are four options for road repair in 2014. The price tags ranges from just over $650,000 to more than $2.4 million. If you have a preference please let me know. I had formatting problems for the last 2 options. Sorry. Please be sure to check out the related posts here and here. 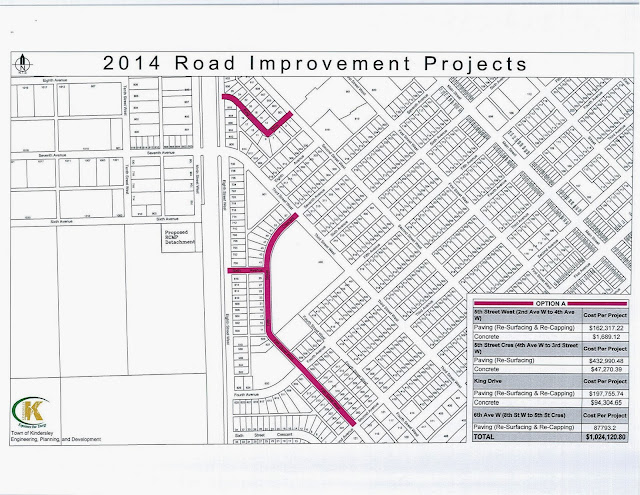 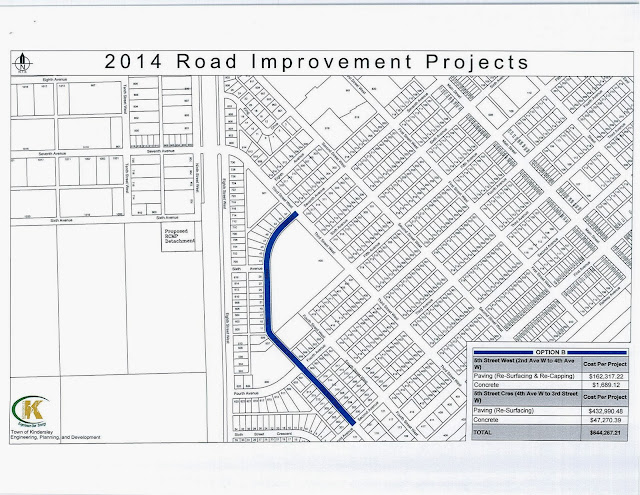 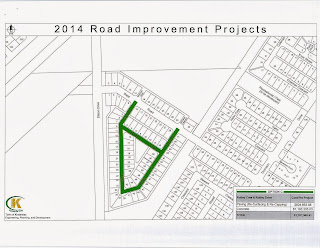 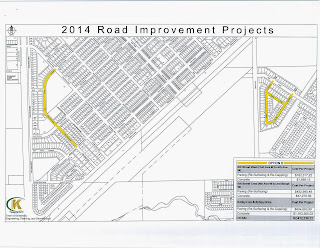 OTTAWA - The Federation of Canadian Municipalities (FCM) announced today that it is launching a campaign that calls on the federal government and all political parties to work with provincial, territorial and municipal leaders, as well as the private sector, to develop a credible long-term housing plan. This comes as new polling numbers were released that show one third of families are struggling to pay for the growing costs of housing.

"Our cities and communities need a stable and secure housing market that creates jobs, attracts new workers, meets the needs of seniors and young families, and keeps our most vulnerable citizens off the streets," said Gregor Robertson, Mayor of Vancouver and Chair of the Big City Mayors Caucus, who launched the campaign on Monday.

FCM members will be taking the campaign, entitled "Fixing Canada's Housing Crunch", to decision makers in Ottawa in the coming months in advance of the 2014 budget.  The first step in the process is that communities in every region will be passing a resolution calling for the federal government to take action. Joining Mayor Robertson at the campaign launch were Luc Montreuil, City Councillor for Gatineau, and Ana Bailão, Toronto City Councillor and Toronto's housing campaign lead. Toronto will be the first in the country to put forward the resolution.

The high cost of housing in Canada is the most urgent financial issue facing Canadians today. According to Statistics Canada and the Bank of Canada, rising housing costs have pushed Canadians' personal debts to record levels and are putting Canada's national economy at risk with Canadians carrying more than $1.1 trillion worth of mortgage debt.

A growing number of Canadians are being priced out of the housing market, putting pressure on a crowded rental market and crumbling affordable housing units, and forcing the most vulnerable citizens onto the streets.  Compounding these problems is the coming expiry of $1.7 billion annually in federal affordable housing dollars with the greatest drop in funding, $500 million a year, ending between 2014 and 2019. This will put 200,000 units at risk and could lead to a crisis unless all orders of government take action.

"We believe the government's commitment in Budget 2013 to evidence-based solutions such as the Housing First approach for homelessness is a promising start, but they need to back it up with real results and expand that action to other areas of our affordable housing problem. Canada's housing challenges are too big and too complex for any single order of government to solve on its own," added Mayor Robertson.

As part of the campaign, FCM is launching an interactive website at www.fcm.ca/housingcrunch.  The site also provides the results to the new housing survey, tools and information that illustrate why Canadians continue to struggle to pay for the costs of shelter.
Posted by Unknown at 16:49 No comments:

Kindersley was the lead story on Global TV News last night (Oct 24). Here is a link to the story. The story was about the housing shortage in Kindersley and it pivoted on a couple of points:
By focusing on the families situation, there were two families and a young woman in the apartment, the reporter asked questions about how we, and the province, are addressing the shortage. It seemed her story narrative was to put pressure on the province to act on housing.

Here is the rest of the story. (Can I say that?)
Based on the questions Wendy asked here is what I said:
I wish there was a silver bullet to use on this problem but that is not happening. A lot is happening and quickly. We, like other communities in the region are feeling it and we are doing our best to address the issues. Like you I wish we could do this faster.
Posted by Unknown at 02:00 No comments:

The Curling Club held their AGM Thursday evening with approximately 30 people in attendance.

I have to admit upfront that I am not a curler. I have curled twice: once at a teacher's social in Yellowknife and the second was here in Kindersley and I won the turkey toss.

Anyway, my assumption has been that the curling club is strong and healthy. I always see people going in to the rink and they have lots going on. Well, at the meeting they were discussing sustainability; their own sustainability.  It is not inexpensive to run the curling rink with their utilities bills around $50,000.

The Club will be making some announcements and I hope the upcoming year goes well for them. If we are going to be a socially and economically vibrant community they form a part of that equation.
Posted by Unknown at 02:00 No comments:

The other day I forgot to add a couple of items to the list of factors influencing our capital budget conversations:
Money has been put into a reserve fund for the ladder truck.
Posted by Unknown at 08:00 No comments:

"We believe that co-operation is the name of the game," said SUMA President Debra Button. "In our role as municipal leaders, SUMA’s cities, towns and villages are coming together with our rural partners to benefit all of Saskatchewan."

In the spirit of co-operation, the two associations have agreed to meet quarterly to discuss the common interests of their Members and work toward collaborative solutions to address some of the issues municipalities are dealing with to accommodate growth.

"SARM and SUMA are already working together on joint initiatives to build the capacity of local governments to embrace and benefit from the growth we’re experiencing. It only seems right that we continue to expand the scope of these efforts as new needs arise," said SARM President David Marit.
Posted by Unknown at 02:00 No comments:

Here is my mayoral report for September and October. I really hope I don't have another month like this; its not affordable.